What Does The Swat Team Do? 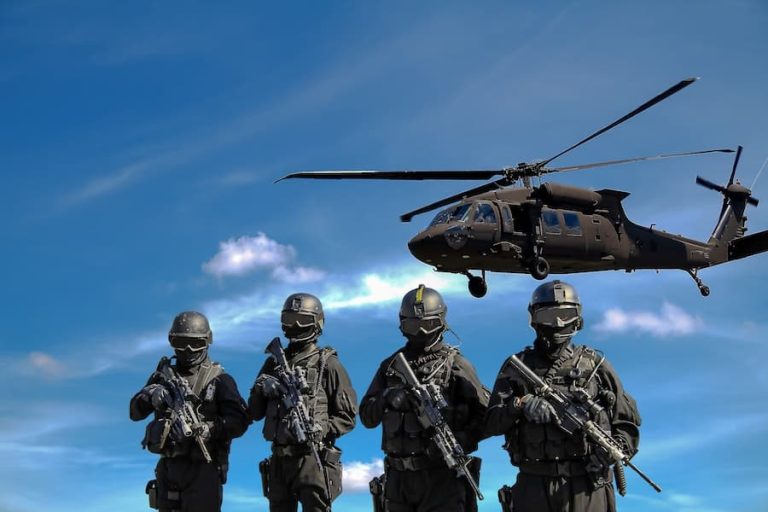 The Special Weapons and Tactics team is one of the most well-known units in law enforcement. While they often have a negative connotation in pop culture, these guys are here to help. In fact, their primary objective is to help keep communities safe. They are trained investigators who respond to high-risk situations involving weapons or other threats of danger. They also assist other officers as needed with special operations. Both local and state police departments now have their own version of SWAT teams. These elite units are comprised of officers willing to train rigorously and perform the most dangerous duties. They undergo extensive training that includes proficiency with a variety of weapons, hostage negotiations, hand-to-hand combat, and various tactical strategies. These are just some of the things SWAT team members do on a daily basis.

What Does the SWAT Team Do?

A SWAT team typically consists of heavily armed and armored police officers who are specially trained to deal with high-risk situations, such as terrorist threats, hostage-taking, and bank robberies. SWAT teams are usually called in to deal with emergencies that require a high level of firepower or special tactical skills. For example, a SWAT team might be called in to raid a house where a gunman is holding hostages, or to stop a bank robbery in progress.

1. The first and most important thing that a SWAT team member must do is to make an immediate assessment of the situation. In a situation where there is an active shooter, the team will have to assess whether the person has hostages, is armed with a firearm, or has explosives.

2. If there are hostages, the team will have to decide whether they should attempt to rescue them or not. If they do decide to rescue them, they will have to evaluate the situation as well as their own safety in order to make this decision. They also need to determine if there are any other means of escape available before attempting a rescue mission.

3. If there are no hostages and no other means of escape available, then it is time for the team members to engage in tactical strategies in order to take down this threat without endangering themselves or bystanders. This may include using nonlethal weapons such as stun guns or bean bags; however, SWAT teams often prefer lethal weapons such as high-powered rifles, shotguns, and submachine guns.

4. If lethal force is used and the situation remains stable, then the team will have to evaluate whether they have enough officers available to handle the situation. If they do not, they will have to determine if other means of apprehending the shooter are available.

5. Once it has been determined that there are enough officers to handle this situation safely and effectively, SWAT teams will attempt to make an arrest the shooter. They may also be called in to assist local police departments who are having problems with a barricaded gunman or other dangerous situations where hostages are involved.

1. Special Weapons and Tactics team members are highly trained in the use of a variety of weapons and tactics.

2. They are also trained to handle many different kinds of situations, including high-risk arrest warrants.

3. They have the ability to enter an entire home without any prior warning, even if it is occupied by a hostage or other person who is not a threat.

1. They assist other officers with special operations.

2. They respond to high-risk situations involving weapons or other threats of danger.

3. They perform tactical strategies during a crisis situation.

4. They may be called upon to handle dangerous prisoners and hostages, as well as search and rescue operations.

1. The first priority is to ensure the safety of everyone in the area. The team will then determine if there is a threat. If so, they will initiate a tactical response by establishing a perimeter and keeping the area under surveillance.

2. They will move into a position to secure the scene and create a safe environment for everyone involved. This can include securing weapons, securing hostages, ensuring all exits are clear, and establishing communications with other agencies and/or law enforcement officers.

3. Once they have secured the perimeter, they will begin searching for any possible explosives or other dangerous items that could be used in an attack. They then work to disarm any dangerous materials or devices that could be used against them or others in the area. This includes clearing weapons from the scene, removing explosive components from vehicles, and placing explosives into containers for disposal if necessary.

4. Once all possible threats have been removed or rendered harmless, they will evaluate whether there is still a threat to the area. If there is, they will continue to secure the scene and establish a safe perimeter.

5. They will then move into a position where they can begin to interview witnesses, victims, or other individuals who may have information regarding the situation. They will also set up a command post to monitor the situation and provide updates when needed.

6. Once the area is secured and all threats are removed, they will begin processing evidence that might be related to the incident. This includes collecting physical evidence, collecting video or audio recordings, and searching for additional evidence. In some cases, this can include retrieving bodies from where they were killed or injured after an attack has occurred.

What Kind Of Training Do Swat Team Members Undergo?

1. They are trained in the use of weapons. Their training includes using firearms, explosives, and other dangerous tools.

2. They also receive training in hand-to-hand combat. This includes learning how to disarm an intruder or how to fight off a suspect trying to run away from police officers.

3. They learn how to communicate with those they encounter during an incident and use various tactics when doing so. These include how to make the suspect feel relaxed and comfortable while talking with them, as well as how to keep them calm while they are being detained.

4. They also learn how to safely negotiate with a suspect or hostage-taker during an incident, including ways in which they can de-escalate the situation and prevent violence from occurring if possible.

The SWAT team is made up of highly-trained officers who are prepared to handle almost any situation. From responding to active shooters to rescuing hostages, these officers work hard to keep communities safe. When you hear a SWAT team is in the area, it’s important to stay calm and follow their directions. These officers are here to protect you and your loved ones. Now that you know what the SWAT team does, you’ll be better prepared if you ever need them. Be sure to follow the advice in this article so you can stay safe in any dangerous situation.